In October of 2010, Casella Wines, the producers of YELLOW TAIL wine, filed a lawsuit in U.S. District Court in against The Wine Group claiming trademark infringement of Casella’s federally-registered wallaby design mark featured on Casella’s YELLOW TAIL wine (see below): 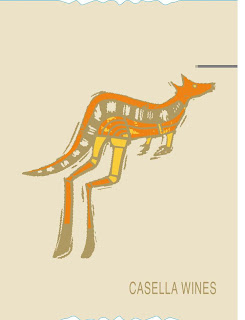 based on The Wine Group’s use of a kangaroo design for its LITTLE ROO brand of wine (see below). 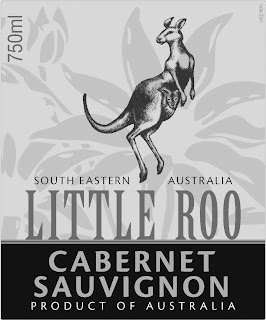 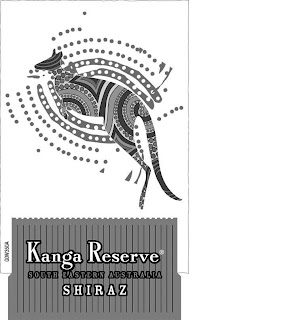 In addition to claiming likelihood of consumer confusion based on the the parties’ respective marsupial designs, Casella also claimed that the overall packaging of The Wine Group’s kangaroo wines, or “trade dress,” was confusingly similar to that of Casella’s YELLOW TAIL wine.
Casella has also alleged that The Wine Group adopted its kangaroo design to intentionally trade upon the fame and recognition of the YELLOW TAIL brand. Casella has additionally accused The Wine Group of taking efforts to ensure that its kangaroo wines are stocked side-by-side with YELLOW TAIL wine so that consumers believe The Wine Group’s wine is a second-tier discounted version of YELLOW TAIL.
The test in a trademark infringement case is: will consumers be confused between the two brands and believe that they are somehow related, or emanate from the same source, when viewing the respective packages in their entirety, without the benefit of having the other package for side-by-side comparison?
Therefore, Casella must demonstrate that consumers will believe the parties’ wines are related even though the products carry different brand names.  While this is not an easy burden, it is not unprecedented as demonstrated in the case of Russell v. Caesar, 62 USPQ2d 1125 (N.D.Cal. 2001).  In Russell, the brands RABBIT RIDGE and RABBIT HILL were found to be confusingly similar despite utilizing different rabbit designs on the label.  The Court found that consumers would recognize the term “rabbit” as a manifestation of plaintiff’s RABBIT RIDGE mark.  As a result, upon seeing another wine featuring the word “rabbit” consumers would be confused, even if such wine featured a noticeably different rabbit design than that featured on the RABBIT RIDGE wine.
If Casella can prove that its YELLOW TAIL brand and logo is recognized by the public as “the marsupial wine,” then it may be able to stop others, including The Wine Group, from using any wallaby/kangaroo-like design on wine as it would represent a manifestation of Casella’s mark.
However, this may be where Casella finds the most challenge in proving its case as a review of the Trademark Register for the U.S. Patent and Trademark Office demonstrates that there are actually several other trademarks registered for wine that feature an image of a kangaroo, including:  BOOLAROO and design of kangaroo (Reg. No. 3,090,622); BROO and kangaroo design (Reg. No. 3,833,886); LEAP OF FAITH and kangaroo design (Reg. No. 3,401,996); R’OZ and kangaroo design (Reg. No. 3,163,740); and WINE AUSTRALIA and kangaroo design (Reg. No. 3,424,434) owned by the Australia Wine and Brandy Corporation, Australia’s government body for the regulation and marketing of Australian wine.
In addition to these other “kangaroo” uses on wine, Casella is also faced with The Wine Group’s assertion that it has used the LITTLE ROO kangaroo design for over two years, an assertion supported by the dates of the COLAs issued to The Wine Group.  If Casella has no evidence of actual consumer confusion, Casella will also have to explain why the absence of such confusion during this two-year period does not suggest the absence of any likelihood of confusion.
For further information or assistance on trademark matters contact Scott Gerien at [email protected].
Copyright Dickenson Peatman & Fogarty at www.lexvini.com